January 2011 will mark the first anniversary of having our club hold its games at OPA at Seiseki-sakuragaoka, so here's to another successful year ahead!

January 23rd will see the following games;
If someone wants to put on another, different game, let us know so we can post it here and recruit some recruits!

Giovanni and I thought that it was about time that we held a "bring 'n buy" at the club.  So if you have any old stuff that you would be interesting in trading or selling, this coming games day is your chance to liquidate some gaming assets.  If you do have something, it may be a good idea to post a comment here letting people know what you are thinking of flogging off, so that you may be able to find a buyer in advance (and not have to drag it all back home if you don't find any takers!).

Next, some reports from December's games.  The Napoleonic game was our second using Black Powder, and we are giving it a big thumbs up so far.  Some really nice brushwork fn evidence from Matt and Achilleas. 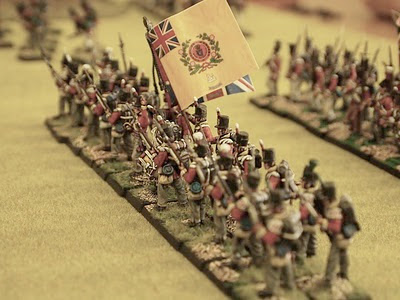 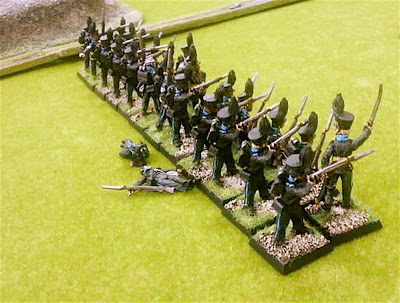 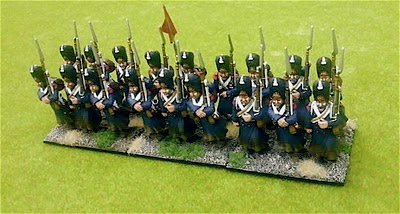 Rather than use up space here, I posted a lengthy-  and picture heavy- AAR to my Serrez les Rangs blog, where you can read how the minions of Napoleon had their come-uppance at the hands of the Allies.

The WW2 game was hard fought, and marked the debut of Giovanni's half tracks as well as some nice mortar crews for the British from Brian.  Some pictures from the game here. 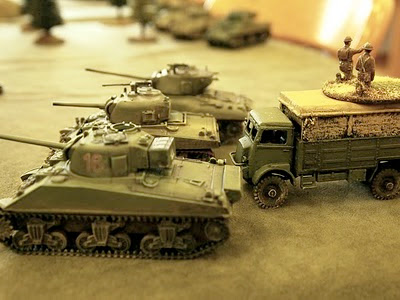 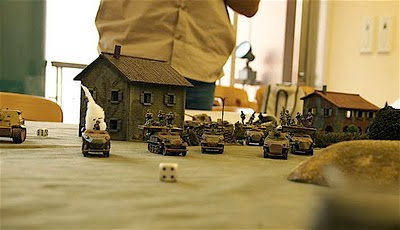 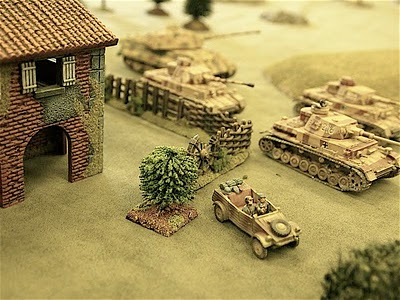 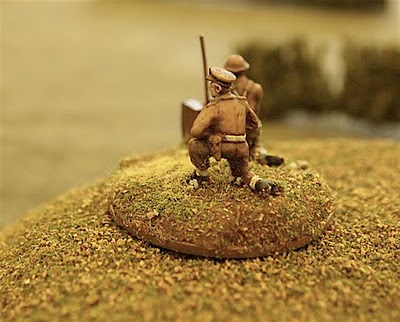 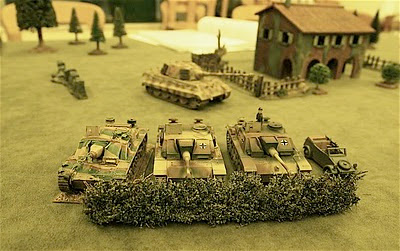 "We can't ALL hide behind here!" 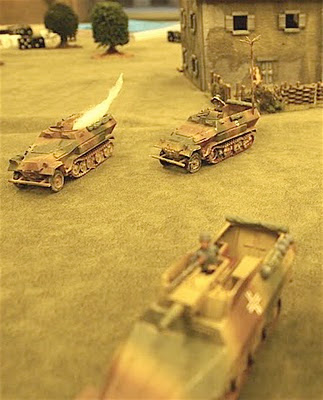 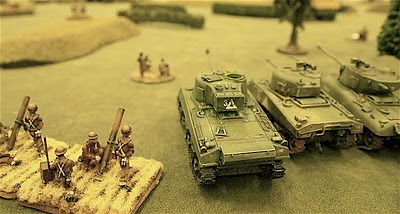 Brian did a great job on the bases of these mortar stands. 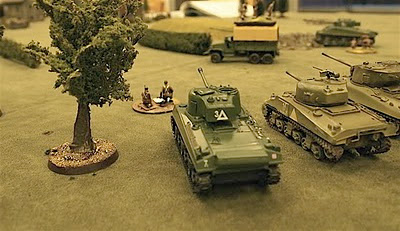 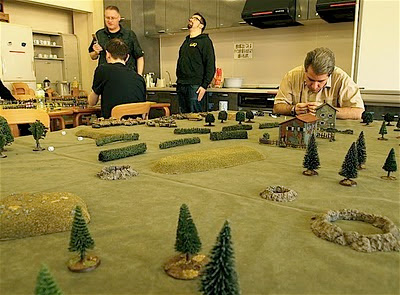 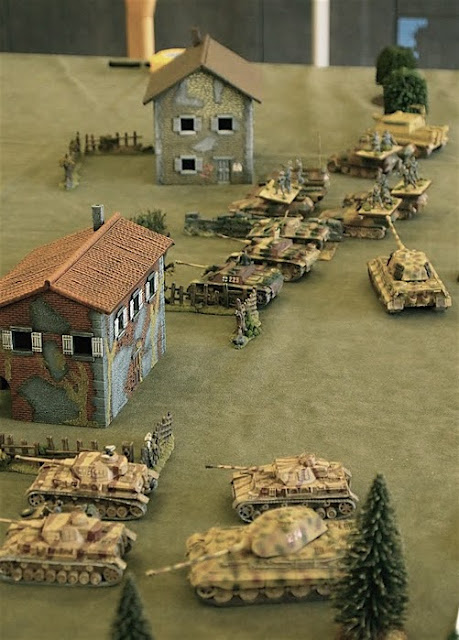 Someone really needs to do a Robert Shaw miniature for that Konigstiger.
And here is Brian's (totally unbiased) account of the BKC II game.

"A heavily armed German panzer force, complete with 2 Tigers and a Sturmtiger are minding there own business, trying to pass through some farmhouses and a road when... all of a sudden... a ridiculously flimsy British tank group, (filled with the best anti-infantry weapons available) tries to ambush them!
The British Commander was so exited to get into battle he didn't realize that Mobile Deployment means you don't come on to the table until your turn. Therefore he was left out into the open as the Germans took their first turn to close in on his lonely and scared Sherman tanks waiting helplessly on the edges of the battlefield. As the battle progressed the brand new shiny mortars recently acquired by the naive British officer succeeded in doing absolutely nothing to the German Tiger Tanks.... go figure.

As command roles failed the British waited impotently in the corners while the German horde strolled toward the objective. In a last ditch effort to actually blow something up, Three Sherman tanks took three turns to finally destroy the German Sturmtiger. News of this great victory must have reached the other Sherman tanks hiding in the woods because they immediately ployed into the open... where they were summarily executed by an onslaught of panzer fire. All in all we called it a tie."

Finally, just a reminder that Brian and Achilleas have new blogs- I've added links to the sidebar.  Be sure to check them out.
See you all in January!  Don't eat too much osechi-riori!
-Robert 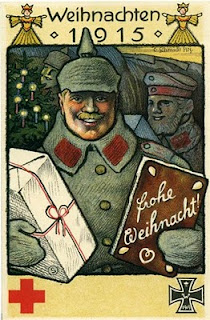 Next year on January 23rd sees the gaming calendar start off with a D&D game using Marco's amazing dungeon tiles, and yet another Napoleonics game using Black Powder.   Meanwhile, here is a little bit of a teaser as to who will be making their debut on the Field of Honour...

I will post a quick AAR of December's games- once people send me the pictures, hint, hint!