West Tokyo Wargamers was founded in 2009 in Seisekisakuragaoka by a historical miniature enthusiast named Giovanni. At first meetings were held in Giovanni's house but as our numbers grew we soon moved to other venues. Now we meet in one of our member's house and in an English Pub in Shimo-Kitazawa.

The main thrust of the group is miniature battles and board games from the Ancient, Renaissance, Napoleonic, British Colonial, and World War 2 periods. In addition we also have a regular presence from fantasy and science fiction gamers playing role playing games, and Games Workshop games.

For more information about our Shimo-Kitazawa meetup, please take a look at the JIGG Kanto meetup.com page and our Pub Con Facebook page . Or email us at westokyowargamers@hotmail.com 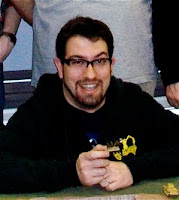 I was born in North West Italy and have been resident in Tokyo for about 10 years.

The urge to wargame- and to use the miniatures that I have been so painstakingly painting-  forced me to into an effort to find fellow wargamers in the city. Slowly but steadily I managed to find almost 10 people, that are interested in the hobby and whose situation is stable enough to play on a regular basis.

That is how the West Tokyo Wargamers was born.  It all started in my apartment for the joy of my wife and my little daughter, as the time went on and our number grew we felt the need for more space than was available on my dining table.

So we came to the decision that we would rent a public place where we could take our armies and scenery.

We have been playing for 4 years now and we have enjoyed several games, including miniatures, boardgames, and card games. Although the club is mostly devoted to miniatures, we are open to any other kind of war related game. We will be always happy to welcome anyone who shares our passion for miniatures and gaming, that will enjoy and respect our relaxed and (almost!) non-competitive atmosphere.

The group is a very mixed one, including Japanese members, and other nationalities.  We use English as our main language, but many of us can speak Japanese so that we can spread the hobby to the locals too.

I enjoy playing several games, scales and periods and I do now own some nice armies: 28MM Anglo-Saxons, Irish, and Italo-normans.  20MM World war 2 Germans, Japanese, Italians and Australians. Several Ancient armies. 15MM Saint John Kinghts, Savoy, Tartars and Austrians.  I also have several fantasy miniatures I intend to use for a 3D Dungeons and Dragons project. Recentely I am considering min 19th century colonial exploration.

So if you have read until this point, and are in the Tokyo area,  I would hope you are interested in coming to one of our events!   We would be very pleased to welcome you on board. 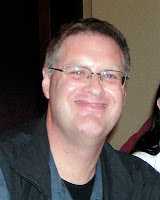 I've been interested in historical wargaming for more years than I care to remember- boxes of Airfix figures and Don Featherstone's wargaming books, moving on to a number of different periods using a wide range of rules and miniatures.

I'm from Vancouver, Canada, where I was fortunate enough to be part of a number of very active gaming groups. I gave it all up to come to Japan, where I've been living now for 18 years, the last four of them in Tokyo.

During most of my time in Japan (in Tohoku) there was little opportunity for gaming, but in all that time I never lost interest in the hobby.  Coming to Tokyo and meeting Giovanni has allowed us to finally be able to roll dice on the tabletop again, this time against real live opponents!

My main interest these days is  20mm WWII- where I can field a sizable Soviet army using the Blitzkrieg Commander rules- as well as Napoleonics.  Other interests are mostly in 28mm; the War of the Austrian Succession, ACW, and Late Romans.  I always enjoy naval games as well, and dabble in a host of other minor projects. I also keep this blog up to date when I get the chance!

I've always enjoyed the modelling and painting aspects of the hobby as much as I do the actual gaming. I'm a big believer in the visual appeal of the hobby.  I'm always interested in trying out most new periods and rules, and consider myself a pretty laid-back gamer.

I am fairly new to Historical Gaming though I have defending the Alamo and stormed Normandy a few times at some conventions back in the states. My originally calling was Fantasy and Sci-Fi and I am always open to whipping around fireballs or blowing up space orks if that is more your thing.

I found the West Tokyo Wargamers because I wanted to paint some samurai miniatures and I needed a foreigner senpai to give me advice on shipping things from overseas. Giovanni found my post and suggested putting those Samurai models to good use. So, now I have a decent force of 15mm samurai. I also have a World War II group of British commandos and some tanks that I use to play Blitzkrieg Commander. 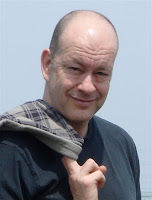 My name's Peter Allen and I began wargaming in 1974.  First I played Napoleonics then Lord of the Rings followed by ACW and now WWII.  I still have (almost) a confederate army for ACW which  I hope to use again.  In the UK I am a member of Newark Irregulars although I am now probably the most irregular Irregular.

My only claim to wargaming fame is that many of my model buildings featured in Wargames Illustrated around 15 to 20 years ago.  I'm still making models, of course, and trying to get better at it.  I play games for fun.  Winning or losing are less important than the game itself and the friends I share the hobby with.

Although many of the other members of the club prefer to rest anonymous we are quite a nice bunch of blocks. Give or take there are about 20 members that participate to our events, so if YOU (Yes! I am talking to you) are still considering if coming down for a game and nice company stop thinking and get organized to come over. There will always be a place for similarly minded, friendly people.
We are open to any kind of genre, scale, miniature and rules, if we stay united we can grow and become the first and leading wargaming club in all of Japan.