What Happened in the last 3 months

Hi All,
Just a few words topped with pictures to let you know what happened in the last 3 months.
There have been many games as usual and we have had a great time, despite the cancel of March event.
Now I am back on track and with the help of Brian and Robert we will be able to organize more and more gaming days.

A World War 2 game set in Normandy where Canadians and British were facing a hidden german force.
We had the great chance of using Pete's great scenery models. 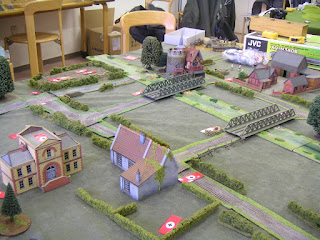 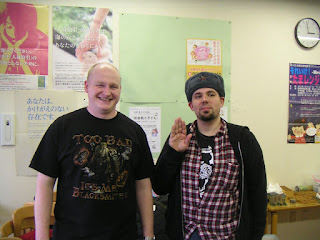 The Axis generals (Her general we have detected a bolschevic spy!) 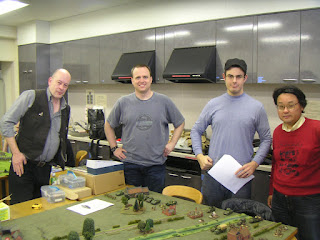 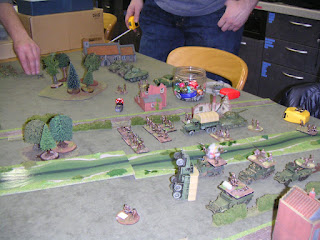 Some transport is getting hit 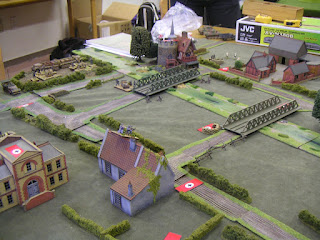 German artillery in the back and some great terrain 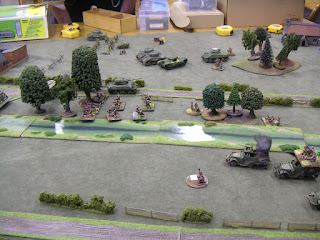 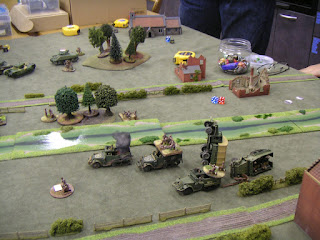 Some more lend lease material lost to the Huns!
I also had the chance to play a Renaissance set game with Takeo-San using 15MM Ottomans Vs Knights of Saint John. It has been a great game played slowly while relaxing! What I really like to enjoy from a game. 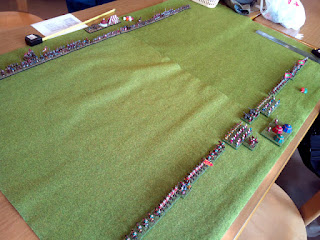 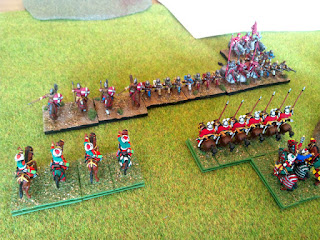 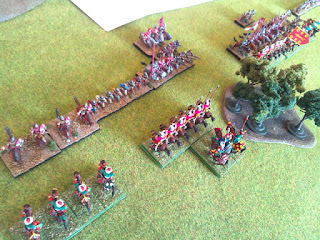 The flank is protected by a wood 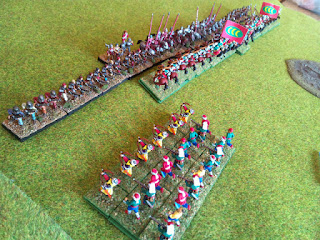 The Sipahis made contact supported in short distance by Jannisaries musketry 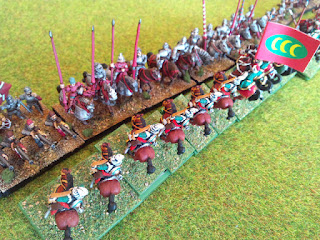 The confident knights pound on the enemy light cavalry 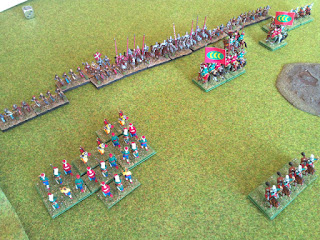 A few movements later the initial Ottoman attack has been repelled 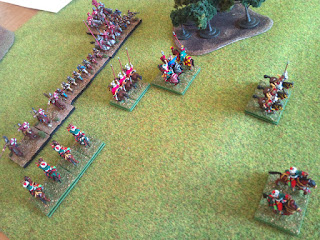 Some Ottoman cavalry fleeing from the front line 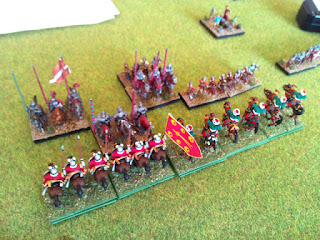 One single knight element going in by itself 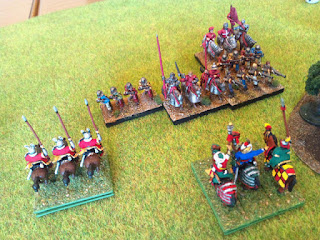 One of the ottoman generals 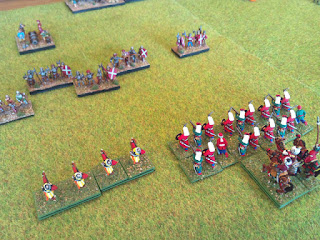 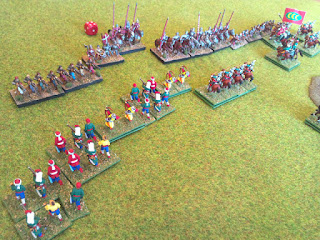 The two lines after a few turns were starting to loos cohesion
We also played a Napoleonic game and you can read a fantastic report with gorgeous pictures here here on Robert blog.

So we are still alive, and if you wish to join us whoever you are, if you like a good laugh, good sportmanship and miniatures (not only that RPG, Boardgames etc.) please give us a shout!
Posted by Giovanni at 12:01 AM 2 comments:

Getting the word out!

We had a wonderful April-Fools Day game session this past Sunday, and to be sure pictures and reports will be coming in soon. Until then I wanted to post our newly minted business cards (名刺) which I have recently made. Business Cards are a big deal here in Japan, and in an effort to tell more and more people about our group I have designed and printed some to pass out (especially during my various field trips to see other groups). それでは、ご覧ください：