Well.... we are still alive! Wow you might say, you never write how could we know if the club is alive or not?

In fact we should have been more active, but life seem to have kicked in and time is always an issue, commuting to work adds to the hours out of home and a family adds to my duties.
I find myself never saying no to many things and meeting friends, helping them, talking to people and  just living the life takes all my spare time.
Now I have my girls in Italy to visit the grand parents, so I have a little bit of time to dedicate to my self, but still it is hard to get organized and post some news.

first of all let me say that we need new blood for the club, so if you thought about coming a playing with us, do not hesitate, just come, we are a bunch of friendly nice people, so I am sure you will enjoy gaming with us.
In the last 6 months we had quite a bit of interesting activities, that brought us to visit the Naval Base in Atsugi and the army base in ***** and we set up some games, with the hope of getting some new people to join the club and expose them to historical wargaming. Unfortunately it didn't work as we hoped for, but none the less it was a great experience with the addition of some great american food.

We managed to set up some large games, one of Napoleonics (as we normally like to do) and also a fantastic Naval war-game of the battle of Trafalgar organized by Sada, fantastic as usual.

We also had a game of Saga, Bolt Action organized by Kazu, and played a few games of Sargasso a great looking board game by the friends of Giant Hobby.

Unfortunately the event was centered on a tournament of Warhammer 40,000 and there wasn't much interest in historical games....newt time we will be luckier.

We also had a few games at our club (you can always check the dates of the upcoming games, on the link on the right side of the screen) Recently we have been concentrating on the Napoleonics, what a surprise isn't it? Well for a person that didn't have interest in that period this is quite a change, and I am now totally converted, it is great to see those large units of miniatures being finished and ready to hit the table, I also find great to go a pick the units that came from my area in north Italy. 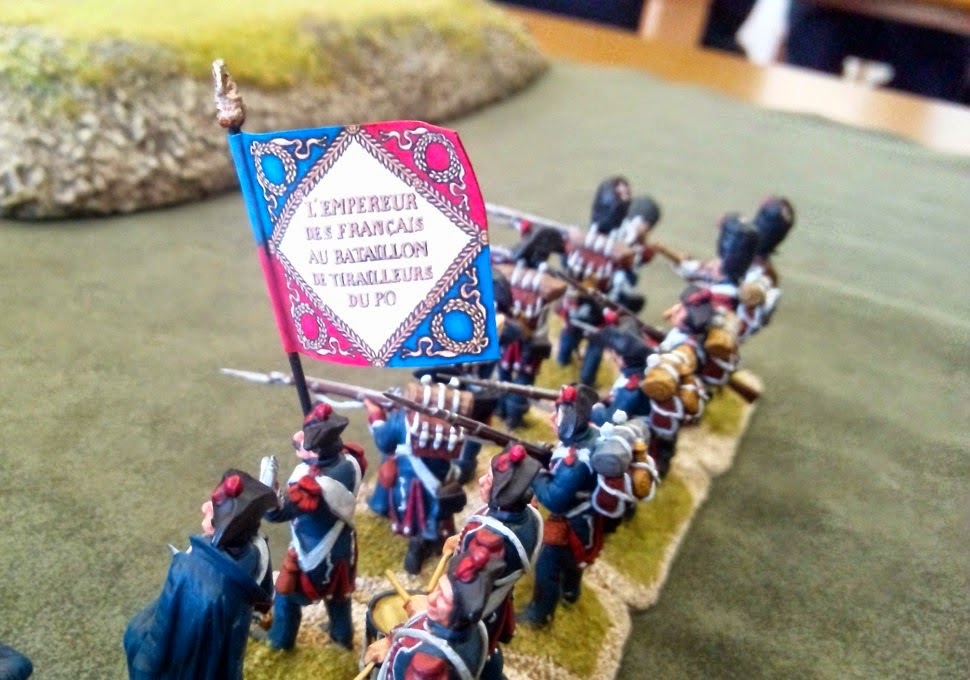 At the club we have been playing to games using well designed scenarios, thanks to Roebrt's talent and I really enjoyed playing both games, the scenario add so much depth to the game, and you have to use your brain, which makes it quite fun compared to standard shoot all kind of games.

You can see more about these games here and here, thanks to Roebrt and Sada's excellent blogs. 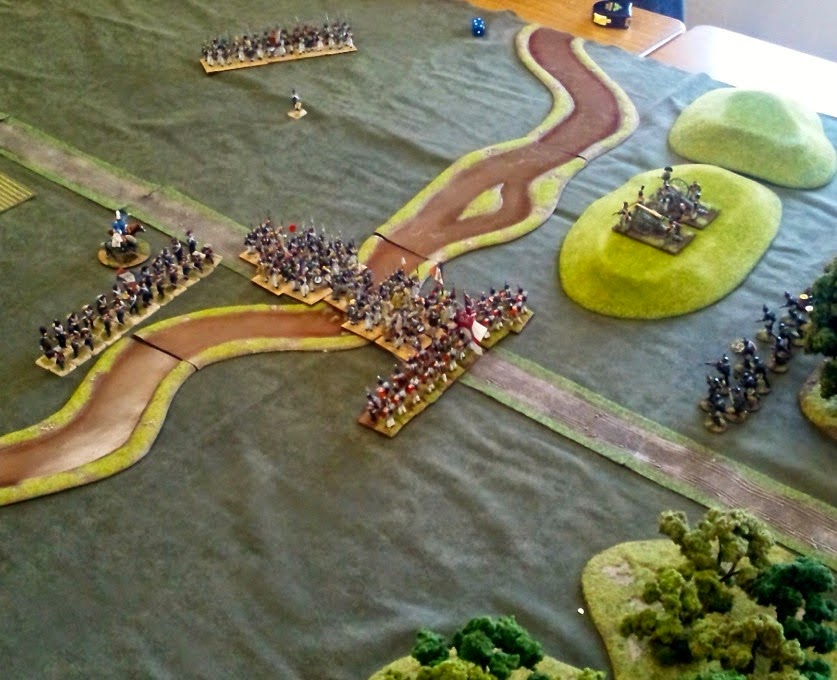 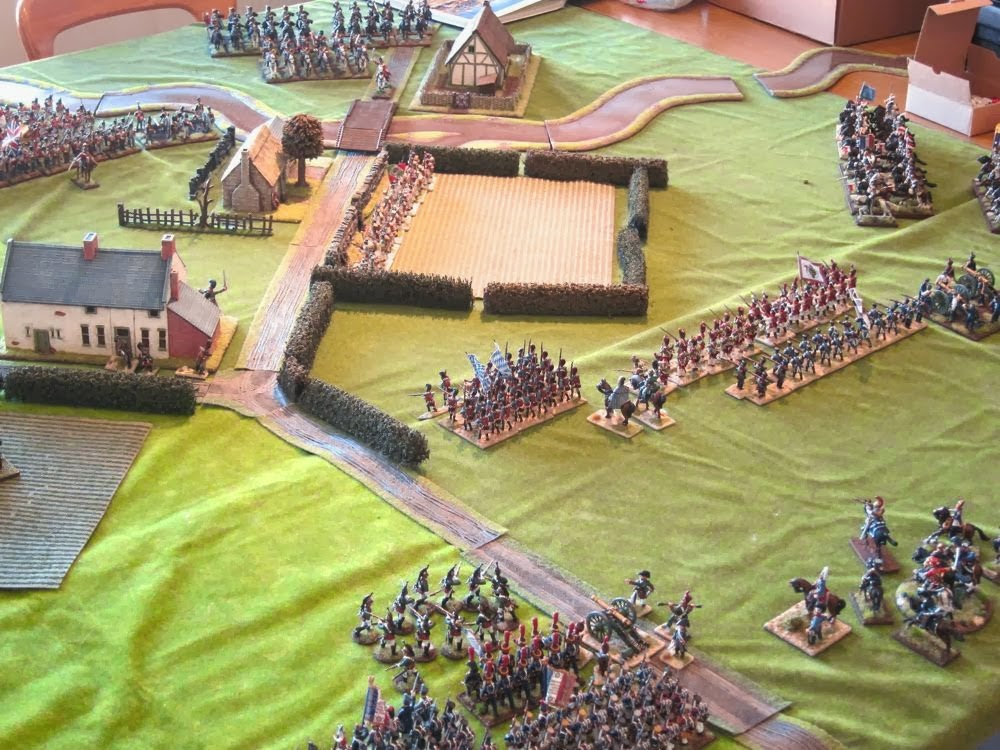 Other games where Gareth's and Matt's 6mm American War of Independence game using Baccus figures. The game gives you quite an interesting idea of what a battle would have looked like from a hilltop.

Last but not least me and Guillaume played a game of Saga, still one of the fastest and most enjoyable war-games on the market.

So please do not miss the next 2 games booked for May the 18th and June 22nd.