April and May sessions

Thank you for last week's great day. I really had a good time and I am looking forward to play more and more and more!

I then booked the next two sessions for April and May. They will be the 25th of April and the 30th of May, same room same floor same place.

Last week we had 3 games going on, the biggest and with more participants was the Blitzkrieg Commander game. A scenario where the Germans had to flee teh table and escape an anvil trap from the Russians. I did not get to play, but hearing from other people it was a good game and Robert is getting into the rules more deeply and has well understood the mechanics of the game, that is great hw will be our mentor to learn the rules better.

I did get to play a game of DBR with Brian, and it was really nice, since he in his time off, decided to rewrite a summary of the rules so that we could play without headaches to interpret teh original rulebook. It wa a bit of a strange game since the knights of St. John where invading Japan and an army of Samurai was trying to stop them (may be the other way round I do not remember!) It ended up in a blood bath, since both armies did sustain heavy casualties, but I really enjoied it.

Garetha nd Darren did play a boardgame called Granada from Avalanche Press, I think they enjoyed part of it but toward the end they where being distracted by other activities.

This time Daniel was kind enough to bring a full bag of Citadel paints that he gave free to the members of the club Thank you!

Darren did bring some great old Avalon Hill games that we did get for a 1000 yen each!! and he also donated 4 more games to the club!

Thank you guys, I think it is great to share surpluses and overflowing toy soldiers!!

So I am looking forward to play in April, I am not sure yet what is going to happen as far as gaming goes, but if you plan to run any games at all please let me know.
Posted by Giovanni at 12:06 PM No comments:

Confirmed for the 21st

I just wanted to make some corrections to what I wrote last time:

Of course all games are open to participants so just speak up when you come to the event.

Also daniel will bring some free GW paints for whoever wants some of those!

Thank you all, I am looking forward to see you.
Posted by Giovanni at 11:39 AM No comments:

Game Session on the 21st

Hi ALL,
We are going to have the second game day on the 21st of March. A bit more than a week.
Wow! I really enjoyed last game so I am very much looking forward to play some more.
So far the games that are going to happen are:
Givoanni&Brian DBR probably Samurai Vs either Savoy or St.John Knights TBC 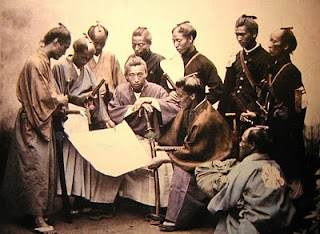 Robert is going to run another Blitzkrieg Commander Game

Gareth, I am not sure what he is going to pull ou of his sleve!

Cryhavoc game with Daniel and Giovanni and whoever wants to participate. This might either take place after all the other games, or if anyone wants to play while the other games are going on, it is not a problem! (but please do not loose any of the chits! There are a million) 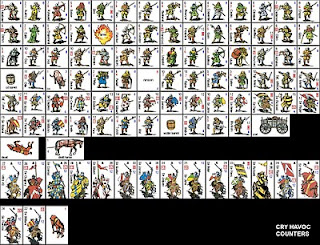 Any other proposal?
If you all could let me know if you are coming it will be very helpuful and appreciated.

Looking forward to PLAY
Posted by Giovanni at 12:48 PM 2 comments:

here are some random photos of the last game meeting, thata by the way was a blast! I really had fun, as I hope the other members did. We had 2 new visits, Matt from Birmingham, who's back in the country and Andrew from New Zealand. It was great to meet Andrew and see Matt back in the team.

NEXT EVENT IS SCHEDULED FOR SUNDAY 21ST OF MARCH. 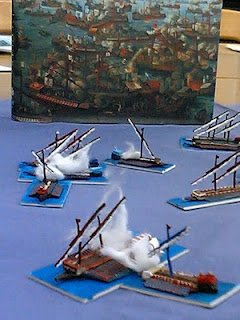 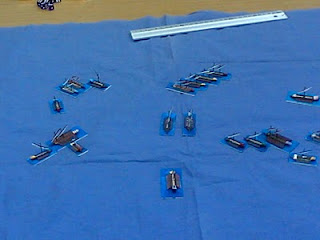 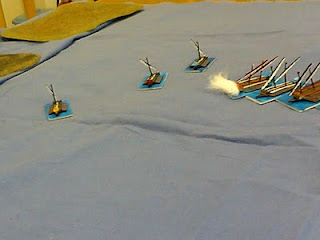 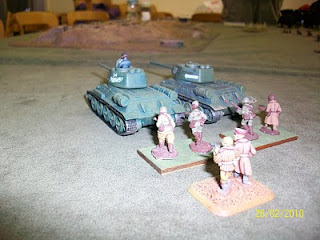 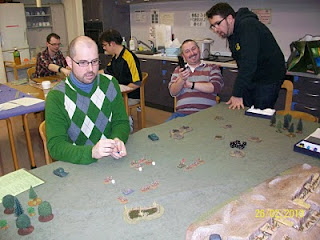 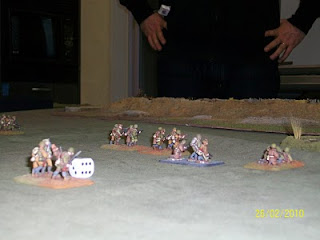 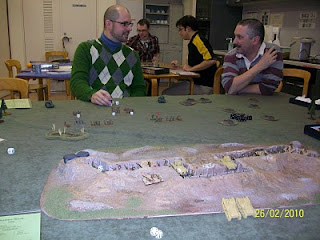 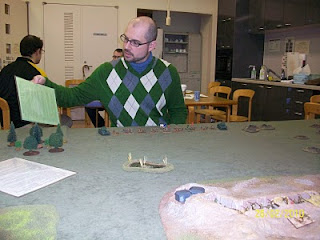 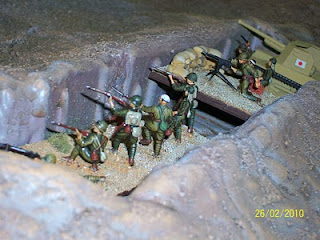 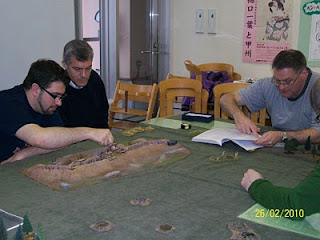 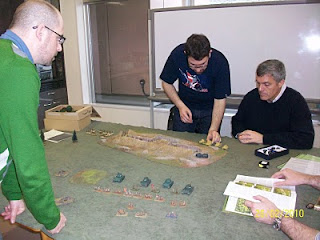 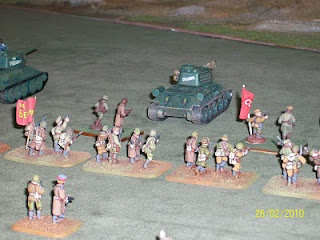 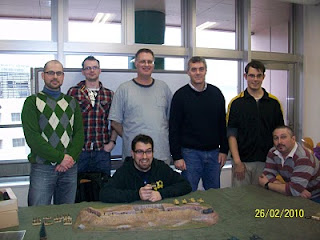 From Left to Right, Daniel, Matt,Robert, Andrew, Brian and squatting Giovanni and Gareth.
Posted by Giovanni at 11:04 AM 4 comments: