Photos of the carnage; Part 1

Some pictures from Sunday's games day.  We had a great turnout, with some new members, many regulars, and as Giovanni mentioned some great games; 20mm WWII in the Western European theatre using Blitzkrieg Commander, a modern air war boardgame featuring a scenario set during one of the Indo-Pakistani wars, and our clubs first foray into the Napoleonic Wars using Black Powder and 28mm miniatures.
Here are some shots of the WWII game.  This was Peter's first time with us, and he made his debut in grand style, bringing his exquisite collection of buildings and vehicles. 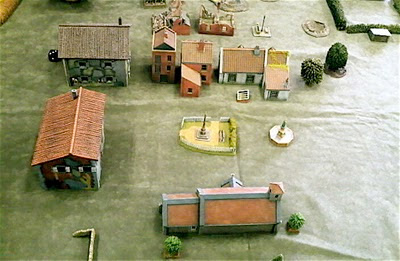 Our WWII games had always been short on buildings, so we were more than happy (and impressed!) to see that we suddenly found ourselves not just with more buildings, but an entire village!  The statue in the town centre was a real eye-catcher.  In addition Brian's fiancé, Ayu, painted one of the Italeri buildings (the one top left),  so we were well off for scenery for a change.  Perhaps some roads and a railway track for the next game?  Next time I'll try to get more close ups- these really are lovely models. 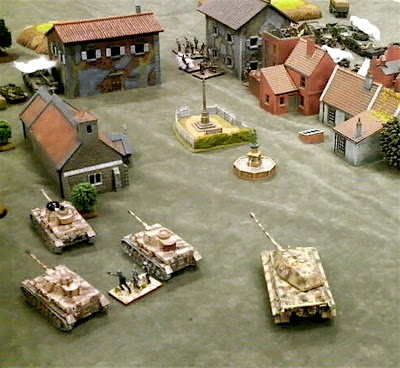 Giovanni had been having fun with his airbrush recently, and this King Tiger made a big "canvas" to work on!  This was one of a number of pre-built kits that he and I had picked up during a recent sale at Hobby Link Japan.  This particular kit was pretty unexceptional, but Giovanni's paint job has really improved it. 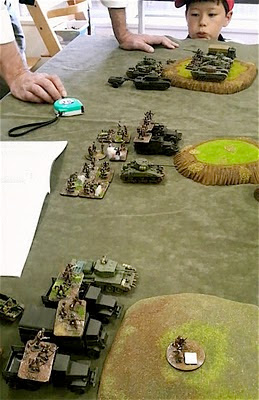 Peter's son looks on in disdain at Brian's grasp of tactics.  Brian brought his rapidly-growing collection of Allied armour, including some very useful trucks and halftracks. 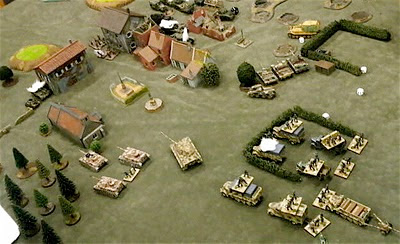 A sea of German yellow and airbrushing gone wild as German panzers assault the Allies in the village.

"When we was in the bocage country,
we was assaulted by them Tigers.
You know what I mean by 'assaulted'?
Well, I mean ASSAULTED!"

-Moriarty (always with them negative waves.)
I'm not sure who won, but with King Tigers and Churchill Crocodiles, I'm willing to bet it was a pretty nasty fight.
The next post, I'll put up pictures of the Napoleonic game.

Posted by Robert at 7:59 PM No comments:

Hi All.
We did it again, we had a fantastic game day! Two games went on, a fantastic Napoleonic 28MM scale game, with breath taking miniatures painted by the expert hands of Matt, Robert and Achilleas.
We also had a extremely enjoyable German vs British World War 2 game, with Peter's awesome scenery.
The next Games Day is scheduled for the 24th of October, and we are going to have a big room to play in! So if anyone would like to organize a game of their liking, please feel free to!  We have room.
Pictures will arrive soon (Robert could you please?)
Thanks to all
The West Tokyo Wargamers
Posted by Giovanni at 10:03 PM 1 comment: 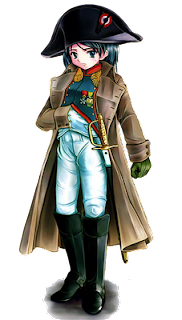 Getting more and more into the Nappy spirit!
I've made myself a .pdf roster chart for what I hope to be bringing for the French.  You can see it here.
If you can send me the info on what specifically you are bringing, I'll add it (or I can send you the Word document if you prefer).
Not a lot, but hopefully enough for a trial game. 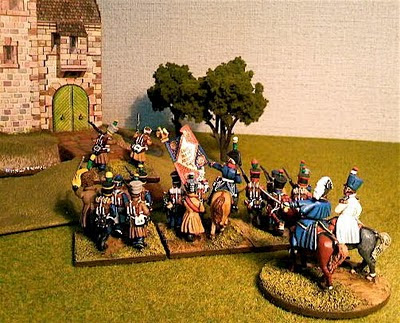 "Mes enfants, bientôt vous verrez l'éléphant!"
Under the watchful eye of its general, the 1/28e Regt. Légère drills to a state of perfection in preparation for its first combat against les rosbifs.
I'm trying to squeeze in as much painting time as I can get so as to help us put together a small- and hopefully balanced- force for our first game.
To augment Achilleas' brigade of French, I'll be bringing a battalion of light infantry, a six-pounder gun, and some casualty figures as markers.  I'm hoping that I might be able to get twelve chasseurs au cheval painted to a standard where they at least won't be too ashamed to take the field (French light cavalry officers are fussy about appearances!).

And of course I will bring my general, GdB Victor-Eugène Sardanapalus Bouillon-Cantinat.
For the Allies, I'll have a Russian horse artillery licorne howitzer and maybe a few companies of Jagers.  A small boost for Matt's British.  I very much doubt I'll be able to get any Russian cavalry done in time.
We are probably okay for terrain pieces.  I'll bring a few 28mm buildings,  a small wood, and maybe a hill. Enough for a simple scenario in order to try out the rule mechanisms.

However, as Brian and Giovanni are going to be playing a WW2 game at the same time, the problem will be finding a terrain cloth.  If anyone has a suitable piece of cloth they can bring, let me know before I start shopping for one!
-Robert

Posted by Robert at 8:43 AM No comments:

September's Games Day
As Giovanni mentioned in his last post, we have a gaming day coming up on September 26th (no problem booking a room this time!). So far it looks like we may have three games going that day.
If anyone else is planning on attending, and who would like to participate in any one of these games, please let Giovanni or myself know by Sept. 20, so that we can try to ensure that there are enough models/ troops/ terrain to go around.
Don't feel restricted by what's planned- If you want to come and host another game, by all means suggest it and let us know, and if there are people wanting to join in, go for it.
"Stand up and be Counted"

I've added a page to the blog regarding how to go about hosting and participating in club games. I've repeated it here as well. Nobody appreciates "control freaks", and we all like a pretty laid-back club atmosphere. But a number of us feel that setting out some kind of a club philosophy and some basic advice in this area wouldn't hurt. 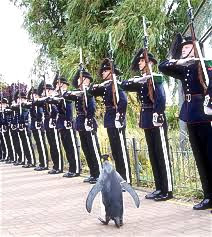 This hobby encompasses a bewildering variety of games, eras, scales, and rules.  It is impossible to do everything at once!  I'm sure we all have our preferences, and would hope that we are all willing to give everyone a chance to play something they would like.  While many of us are primarily miniature enthusiasts, we enjoy boardgames too.
But if anyone feels that the games being played so far don't turn their particular crank, then the remedy is to organize something that does! Being proactive never hurts.

Everyone is encouraged to bring forward ideas for future gaming days.  If there is a period/ rule set you would like to try out or a board game you would like to play, by all means say so.  If you can get at least one other person willing to give it a go, then it's on!
New ideas are always welcome, and if anyone is prepared to host a game, supply the rules and organize assembling enough miniatures for it, that would be great.
Just a few things to keep in mind;
Looking forward to hearing your ideas.