They're after you, Giovanni...

Giovanni wanted to see Vikings, so here they are! 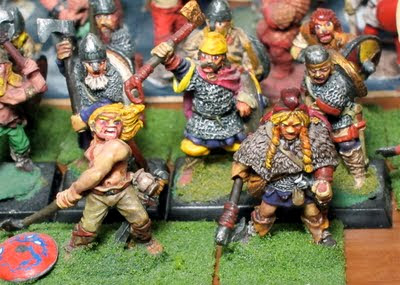 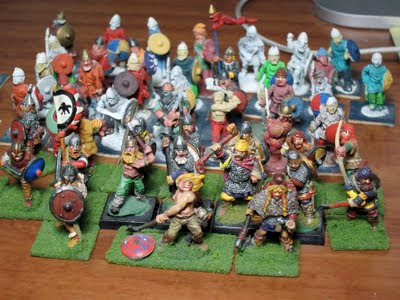 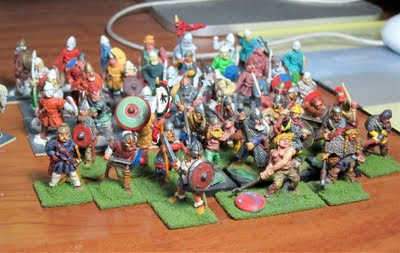 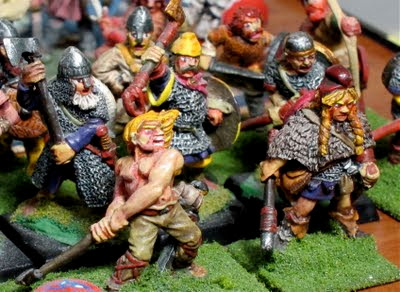 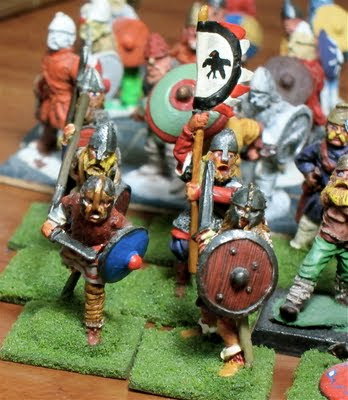 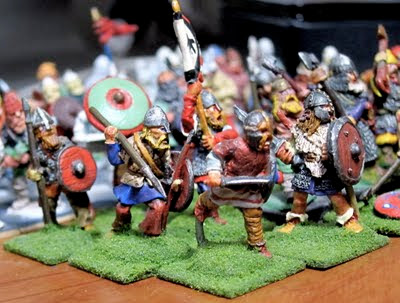 These were bought and painted back in 1985-87.  Old Citadel Dark Ages range, with a few appropriately-clad fantasy figures thrown in.  Designed by the Perry Twins, and true 25mm.
Once they are all finished (which means they will have taken around 25 years!), all I'll need is a monastery to plunder after they finish whacking Giovanni's Saxons.

Anyone else out there interested in a bit of a Dark Ages bash?  We're thinking of using Age of Blood, Warhammer Ancients and/or Hail Caesar! (eventually).

Summer is always a quiet time on the wargaming front generally, what with the nasty hot and humid weather, summer vacations, kids out of school, and the usual demands on weekends that is normally the case this season of the year.
But despite the anticipated absence of a number of regulars, our last games day (July 31st)  saw an unexpectedly very high turnout for our club, which was nice to see.  Lots of new faces, and some great games!  A D&D scenario, some board games, and of course miniatures.
Giovanni, Pete and I enjoyed a WW2 British vs. Germans game, while Sada and Rod had their first Napoleonic naval game, using the Warhammer Historical Trafalgar rules and Sada's amazing collection of Langton 1/1200 ship models.  Click on any of the photos to enlarge.
Sada has been working on his ships for a long time, and it is evident in the quality of painting, rigging, and presentation. 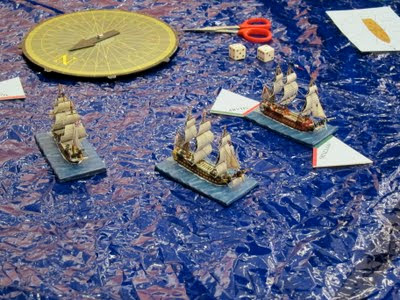 His "sea" was a tour de force- crinkled blue cellophane over a simple blue cloth.  Inexpensive,  portable, but very effective.
As this was the first game, there were only three ships aside.  It ended up in victory for Rod's Royal Navy (what else?),  but at the cost of a 74-gun ship-of-the-line lost in a collision. 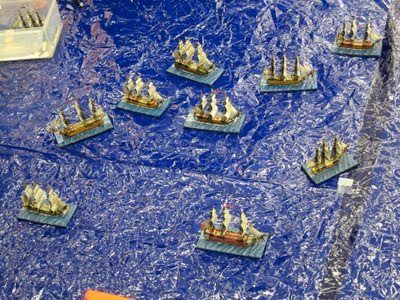 Sada has about eighty ships in all, and he is determined to model all the ships present at Trafalgar.  Each exquisite model takes him about a week to build.  The workmanship really had to be seen to be believed!
The rules played fast, and seemed a lot of fun.  I know Trafalgar has had a mixed reception from gamers, and people will probably love 'em or hate 'em.   But given time limitations at the club and the fact that most of us are confirmed landlubbers, I have to say I found them just the thing.  Thanks for putting on a great game, Sada!
Board games were out in force, and we had a visitor from a miniature painting club in Japan, whom Brian & Ayu had met at a model fair in Shizuoka.  They invited her to drop in and take a look at our miniatures games, as the concept of wargaming was an unfamiliar one to most of them.  She seemed evidently impressed with what she saw, and even found the time to take part in a game of Dungeonquest. 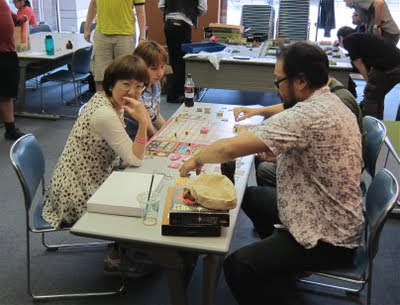 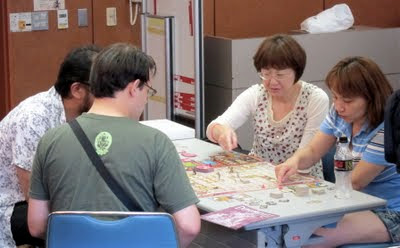 The WW2 game saw Peter trying out a ruleset he used to play about 20 years ago, and which focused more on infantry actions than on tanks.  It seemed to play well- we liked the fall-of-shot charts-, and is worth a second try in a future game. 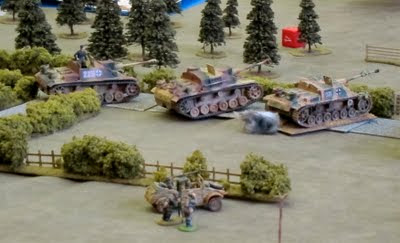 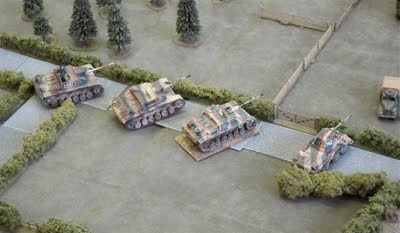 The hardest tactical challenge was getting Giovanni to focus on playing the game, as he often got sidelined meeting new people who had showed up to the club!    But that, of course, is what he does best and is a big reason behind the success of our organization.