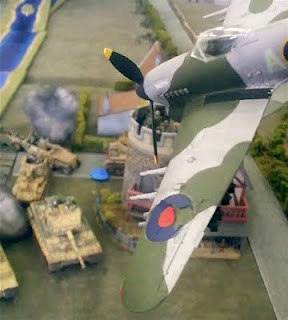 A belated photo report of last month's game's day, so I'll just let the pictures do a lot of the talking.  I'm afraid the pictures aren't representational of all that there was to see, as I was busy with the WW2 game to be able to pay much attention to what else was being played.  Besides, I was reaching the end of my cellphone camera's memory card.  My apologies.

First, I took the opportunity to take a few photos of Oliver's very well painted Skaven from the Warhammer game.  His Chattering Horde blog is one of my favourites out there, and almost makes this confirmed historical player want to do fantasy! 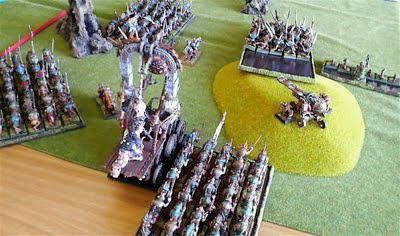 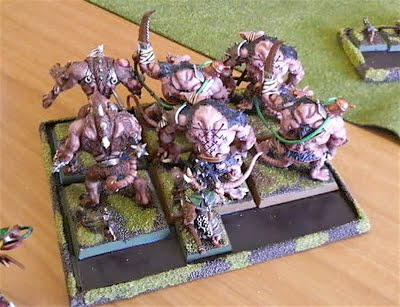 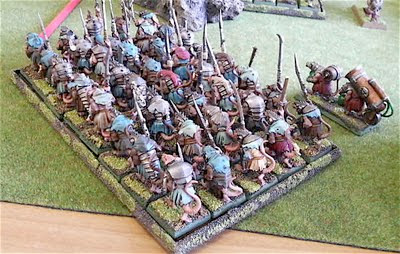 Gareth and Rod had a 6mm Zulu War game using the Horse, Foot and Guns rules.  History repeated itself with Rod's Zulus sweeping all before them. Wee little guys! 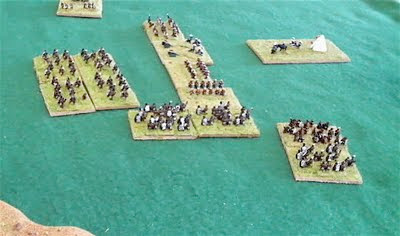 There was a very feisty RPG game going on as well. David shown here.  Not sure how the game ended, but Dai at least was sure having a hoot! 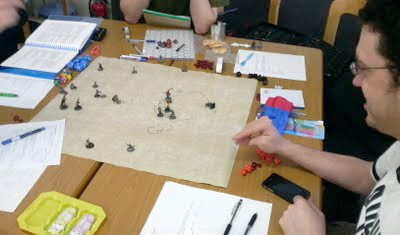 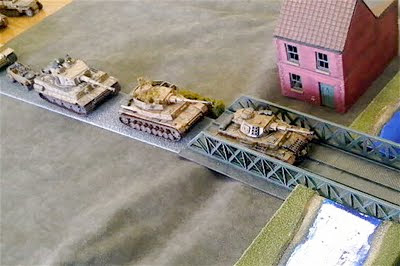 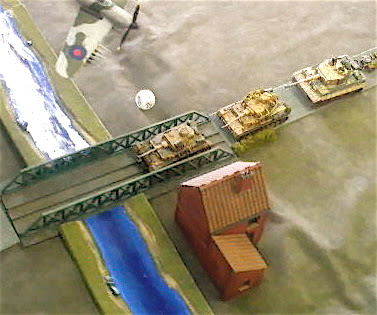 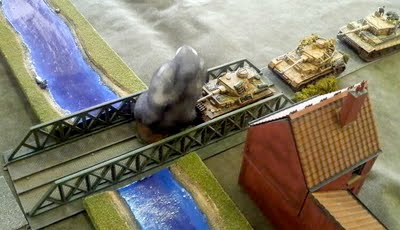 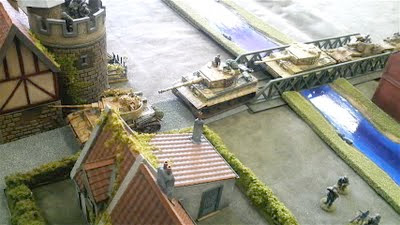 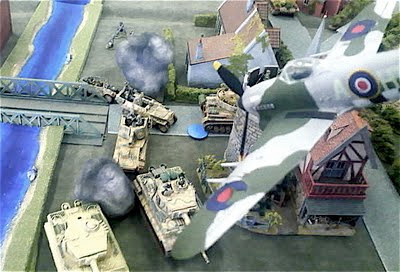 Two successful attacks on the Germans.  Ouch!  Brian selected a force big on tanks, but with little infantry. 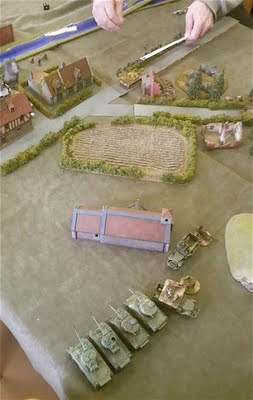 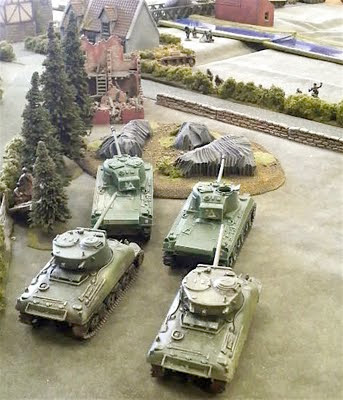 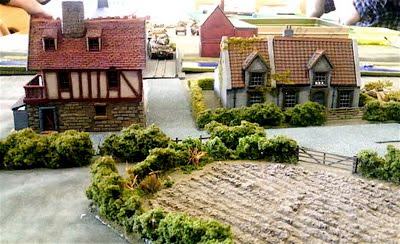 The Germans, although having to deal with the Sherman wave and the RAF, had a more balanced force.  It included some very nicely-painted infantry. 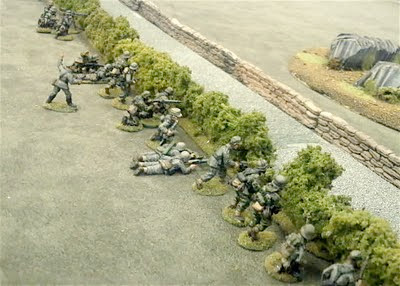 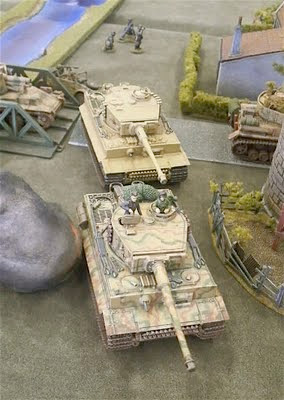 Ubertanks be damned, Fireflies can be nasty.  Brian's Shermans took out the two Tiger tanks, as well as a PZ-IV.  Pete's excellently painted Tigger in the lead, followed my sole contribution to the game, another Tiger but in plain dark yellow (I hadn't the guts to try the camouflage).  Fujimi models.
The British didn't have it all their own way, though. All hail the humble yet mighty StugIII!  I couldn't hang around for the end of the game- maybe Brian or Pete could let us know how it ended.
See you all on the 15th (and if any of you bring a camera, be sure to share the pics with us so I can post them here!).
-Robert